Hi everybody! As far as my foot goes, it's doing well. Last Monday I got a brand new boot, and this one is shorter which makes life nice because it’s not as hot or heavy. I had to get used to walking in it. The other boot was kinda crappy, so it let my foot move around a lot as I walked. This one’s better because it holds my foot in place better, but its less comfy to walk in :/ But I’m almost used to it now! Hna Miller and I are actually getting a lot of work done in our sector. I don’t know if I ever explained to you exactly what I am assigned to while I’m in the office, so I’ll explain it. When missionaries contact somebody, who lives in another sector, it’s called a reference. Usually, they call the office and the referral secretary puts it into google maps, finds it, and sends it on to the next missionaries. But president had the idea to start trying to talk to all of the references we receive in WhatsApp first, then put an appointment with them, and then send it onto the missionaries with an appointment. So that’s my job. It was really hard at first because president had the idea but he didn’t really tell us how to make it work. So, I kind of had to figure out the best way to do it! But we did it, and its working really well. For example, I made new pieces of paper that we fill out when someone calls with a reference. I made a whole system where we can organize which references had been added to WhatsApp, which ones we were waiting to see if they respond, and which ones are ready to send. I also made an Excel document to keep track of every reference that we get, if we talked to them on WhatsApp, if we put an appointment, for when and with who. Then I can call the missionaries after their appointment and see how it goes. That way president can track how well this is working. Anyway, I had a neat experience this week because there was one particular day when I just felt really inadequate, like I was doing my best to work but my best was just never going to be enough. One day in the office, an elder called to give a referencia, and he asked me if Iremembered putting an appointment with a guy named Dimitri, because he now has a FECHA BAUTISMAL (baptismal date)! I felt so good! I was reminded that I am making a difference here, even if I can’t do that walking 12 hours a day. 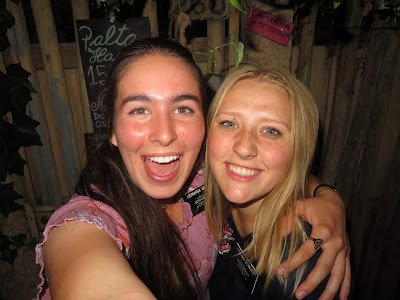 It's Been So Long!

This week was a really good week! On Monday night, Hna Miller and I were walking to the office and hablando con todos (talking with everyone) as we do here in our mission, when we saw a little Haitian lady that looked pretty sad, so we sat down to talk to her. We found out that she is a really faithful lady, but as we asked if she lived close by, we could see that there was the problem. She told us that she lived with her pastor, but one day the lady just decided to kick her out, and her two-year-old son and her had been living on the streets for a few days. She broke down, you could just tell that she did not know what to do or why God was making her go through that. But as she broke down, she took a moment, and then she said to herself, as if to remind herself "I am Christian. God has to help me; I am his daughter." I LOVE THAT! In the hard moments of this situation, I try to think that. I believe in Christ, that He is here to help me. And God has to help me because I am His daughter and He loves me!

Anyway, tonight we have an appointment with her and we are going to see what we can do to help her. She was sitting there selling water bottles, and she said I looked thirsty so she gave me one. I couldn’t accept it for free so I bought it from her. The only thing is that instead of buying for mil pesos or something, I bought it for 10 mil pesos, hahahah (kinda worked around the rules on that one hahah woops). It’s not much anyway but I hope she's okay!

We also have two investigators from Haiti right now who're going to be getting married and baptized on the 8th of December. They’re awesome! We have another Haitian named Rosemenne (Wos- men) who has a baby but just found out that her husband (though she’s not married) had an affair and has other children in Haiti. She is really struggling so we need you guys to pray for her a lot! The cool thing is that my creole has gotten way better. In Padre Hurtado I got to the point where I could teach some points in the lesson, but I’ve never learned how to speak fluently. But my comp speaks really well so we practice together and now I can speak pretty well. The Haitians compliment me :)

Also, this week was a big music week for my comp and me. I always knew that if Hna Miller and I were comps they’d make us do stuff! I played the piano for sacrament meeting, but I also accompanied for the primary program, I’m also directing and playing for the ward choir next week and Hna Woodward has a project that she’s working on that involves us singing! More details on that next week!

But yep! I love my sector, my comp is just the absolute best comp ever, we have sooo much fun together all the time! Life’s good :)

Love you all lots!

Update on Hermana Stanley: She does have a fracture in her foot. It will take 10 weeks to heal. She has to wear a boot for that whole time. 24/7 for the first 6 weeks, then only during the day for the next 4 weeks. She can walk on it, so she is back to doing some tracting. Thank-you to everyone who has sent her words of encouragement!

From her letter this week:
I am doing a lot better this week. It was a good week, even though it was hard some times. My companion Hna Miller is the best. She is so caring and understanding. She’s good at helping me get excited. Hna Miller and I speak Creole together during the day, because she knows a lot so I’ve gotten a lot more fluent since I’ve been with her! We are teaching a lot of really great people. My new ward Monumento is really a unique ward. We have two investigators who are going to get married and baptized on the 8 of December, and their daughter Aisha is the cutest thing ever. Hna Miller and I have been singing for everybody all the time, we have so much fun, and the bishop asked me to put together a choir for ward conference. Also, I played the piano on Sunday. I don’t know how I did the pedal ha-ha, I just set my boot down on top of it and lifted up my whole leg when I needed to. I’m also playing for the primary program next week. Let’s just say I’m getting good at sight reading, ha-ha!

I live with two other hnas who are really cool. I took pics with them, one is Chilean and she is waiting for her visa to come so that she can go to Mexico!

Every day we got into the office for a few hours, and I’m in charge of managing the referrals that go to the missionaries. I’m trying to do a good job at it. My comp and the other hnas are assigned to WhatsApp and Facebook, which seems really cool, but they’ve made it pretty clear that I am not assigned to WhatsApp because I am not Latina... that’s kind lame but whatever.
I’m doing okay now, don’t worry too much about me. It’s gonna be okay, I’m not saying it’ll be easy, but it’ll be okay :) I love you, thanks for everything you do to help me. I can really feel the love that you all send my way.
Love Hna Stanley