Yesterday in correlation the elders asked what happened with Marta. Well Marta changed the minute we had cambios (transfers), so nobody who is here now really knew her before. Except Karim (the ward mission leader). So I got a little choked up when I explained. I feel like it just finally hit me and nobody else understood why I was crying. So Karim made me feel better and then he pulled out his preach my gospel and made me read a part about how it’s natural to feel hurt when we see people turn away from the gospel, it means we love them, but we can’t get discouraged. It helped me a lot. It also made me cry more but it’s fine ha-ha.

Cambios are next week and I am PRAYING I don’t get moved. I kind of don’t think I will since presidente just had me start this singing class thing. Nobody came this week, but pres told me to just keep going for the next few weeks. We had a really neat experience this week. We have been teaching this haitiano (who speaks perfect español) named Jonny. He is adventista (7th day adventist) He is soooooo spiritual. He loves studying the scriptures, so we have really moved our focus on the Book of Mormon/libro de mormon/ liv momon an. He told us that he had a near death experience a few years ago. He said he was living a bad life, into some bad stuff. And after his accident he went unconscious for five days. During that time, two young mormon girls started visiting him. They asked him "Jonny, if God reached out to you, would you accept Him?" and he said of course. But in his dream, he was confused because he knew that he was adventista, so he said “okay we will let god decide. If the girls come back, I’ll be a Mormon." Well then he woke up, and one year later, here we are in person!! He is so amazing because he says "si Dios me dice Jonny andate por alla, yo voy a su iglesia altiro y digo que quiero ser bautizado!" I hope you guys understood that ha-ha, if not ask grandpa. We are hoping to make some real progress with Jonny!!

Another big announcement! I have officially switched my language study time over to creole. I’m dying. we have the cutest little haitiana that came with us to church and everything, but she doesn’t speak a WORD of Spanish. I can teach lesson 3 in creole, and parts of lesson 1. It’s time to go full force ha-ha.

It was a good week! Heavenly Father is preparing the hearts of the people here!! Being a missionary is the bomb!
Talk to you all next week!
Hna Stanley
P.S.- GENERAL CONFERENCE AHHHHHH IM SO EXCITED!!
at March 27, 2018 No comments:

- What is the story on the skirts you and your comp were wearing in the
pics you sent last week?
Okay, those skirts are these really fun skirts that you find here in every little feria. (feria- a Chilean farmers market where they sell all kinds of random things LITERALLY you can find anything in the feria, and its dirt cheap! I had just been wanting to buy one for so long, and this sweet little lady in the feria offered me a deal :) they are double sided!!

- How did your singing class go?
The class went well. I definitely have some vocabulary I need to look up, which will be in my language study time tomorrow. But it went well, a few people came that saw it on Facebook, and a few from the ward. More people have already said they are going to come. We worked mostly with breathing this last week!

- What funny thing happened this week?
Okay, talk about a funny thing. The elders had a baptism this week. SO there is the CRAZY HYPERACTIVE two or three-year-old in my ward named Elias. The whole ward just kind of knows that Elias is crazy and that his parents can’t control him no matter how hard they try. We have all just learned to roll with him. So during this baptism, before the ordinance, we were in the chapel for the service part of it, and I was playing the opening hymn and this little kid runs up and starts pounding on the keyboard. Well, I was playing The Lord is my Light, which I had never played before that day, so I got lost super easy. So my ward mission leader Karim (24-year-old RM) comes up and picks up Elias and hauls him away. But during those few seconds of playing, he managed to make a recording of our duet, and start playing it. So I take my hands off the piano and that madness is still playing. So I whisper "KARIM!!"  as loud as I possibly can and we just start pushing buttons until it stops. By then I was laughing so hard I was in tears, and I was completely lost, as was everyone else. So Karim just starts belting the chorus and I just tried to catch up to him ha-ha. Also during this meeting, this little child almost knocked over the vase by the pulpit, pulled his pants down in front of everyone, drank out of my water bottle, and spilled it on the guy who was getting baptized. I just literally cried through the whole meeting.

Well, yesterday I completed five months as a missionary! happiest five months ever!! It just goes so FAST!!!  In two weeks more we have cambios. I know I don’t want to leave my ward. I love it here. I love the people and I don’t want to go, but we´ll see what happens :) I would also like to comment on what grandma and grandpa said about enjoying fall. IF ONLY. Right now, I am enjoying both summer and winter, everyday a bit of each. In the morning and at night it’s pretty stinking cold. But during the day we are still burning up, ha-ha! But I love it :) I just love being a missionary!! Share the gospel, it makes you happy! I love you guys :)

HOLA HOLA as the Chileans say! Well, we had a good week here in Maipu. We had divisiones with my sister training leader, and she helped me to recognize some of the strengths I didn’t know I had. I’ve been thinking about transfers this week and what I think will happen. Just when I had settled on that I will leave Maipu and go to zone republica, I got a little surprise. I was sitting on my bed, when the phone rings at 10:40 at night, I look at it, and it says "PRESIDENTE WOODWARD" SO IM LIKE, WELL IM THE JUNIOR COMPANION HERE, SO HERE YA GO HNA SCHENK. So then presidente asked to talk to me. I was freaking out ha-ha. But it’s all good! Presidente has given me a special assignment. I will now be teaching a singing class to the community once a week :) So now I’m pretty sure I won’t be getting transfers ha-ha. If we have just barely gotten the class up and going, he isn’t gonna pull me and put me somewhere new. Or maybe he will :) We´ll find out!! But that’s the biggest thing that happened! I’m flattered because it shows the trust president has in my language. That’s probably what makes me most nervous! But that’s all the time I have today basically! I was studying a little bit this week in PME and we´ve been practicing teaching the lessons in a way that is simple and understandable. We now have to take videos of ourselves teaching, and watch them to evaluate! I’m gonna send you guys one!

I love you. Please get involved in missionary work! It really is more your job than the missionaries! HF wants to bless you for being involved in his "work and his glory"

Praying for you always!
Hna Stanley 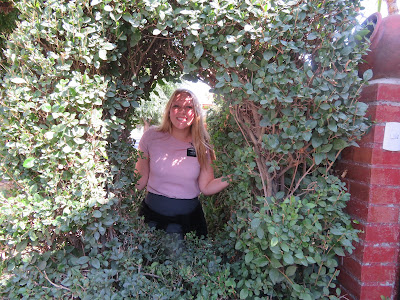 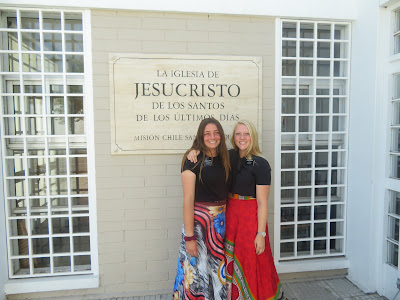 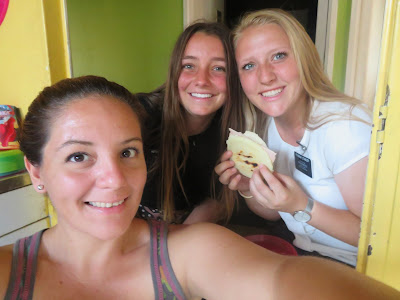