Hi everybody!! Okay, you all heard the big news last week, so now for the follow up!
So basically all last cambio I was feeling like I was going to be going and opening up a new sector, but then the last week of the cambio, I started feeling a little like maybe I was going to train. So I was confused. When they told me that I was going to be training in white wash it was just like.........
....."what?"
Ha-ha I never imagined I’d have to do the both of them! But this is how the week went down! On Tuesday afternoon, Hna Marques and I went to the office together to get our new companions! We waited upstairs, together with Hna Pugmire, Hna Lopez, Hna Arcos y Hna Cumpa. WE WERE ALL SO NERVOUS. OH, and there were 14 elders or something there, ha-ha. Always lots of elders. but ya, it was so fun!! Then the assistentes came and said "already, time to go get them." So we go in in a single file line (I had to go first!!). The newbies were seated in the seats of the congregation, and the trainers were seated on the stand. President started from the coast, going sector by sector, listing the trainer, and then the comp. I walked in and right away I noticed an hna who was a little bit different from the rest of them. I don’t know how, just different vibes as they say in Chile. She ended up being my companion, mi hija!!!! SHE’S FROM SPAIN!!!! AHHHHHHHH SHE  TALKS WITH A LISP AND SAYS VOSOTROS. ITS SOOOO COOL!!  Her name is Hna Vilches, she’s 25 and she’s the bomb. We have a really good time. It’s cool because president actually served his mission in Spain, and he served in the mission where she lives. She’s from Analucia, Sevilla. So president was pretty excited about her. Then a few hours later we got to our sector. I really wanted to work right away, especially because they gave us a big long list of things you have to do on the first day with your new comp, which includes 1. meet the bishop 2. talk with 20 people in the street 3. invite someone to be baptized. I wasn’t sure how to do all of that, because the bishop wasn’t available, we didn’t know any investigators, and we didn’t even have a map. I remember thinking "Hermana Stanley, how are you going to do this? you’re lost here!" So I said a prayer in my heart and asked for help. Then the thought came to my mind "you might not know anybody here, or where you are, but you know how to talk to everybody in front of you, and you know how to knock doors." So we plunged in. In the first contact, we immediately put an appointment with her, and now we have already taught her and her whole family. I realized that the only way we are going to make it work here in this sector is just really hard work, being diligent and obedient. It’s gonna be great! This week, we’ve already found a lot of cool people that we are going to be working with to help them come to church. Lots of Haitians, language study is now creole, ha-ha. It’ll be good. Lots of pics to come. I love you all, and I want you all to know that Heavenly Father sees you for the potential that you are. That is why he trusts us to be in charge of ministering to our brothers and sisters. Let’s all take our call to minister to our brothers and sisters as an opportunity to be more like Christ.
Hermana Stanley 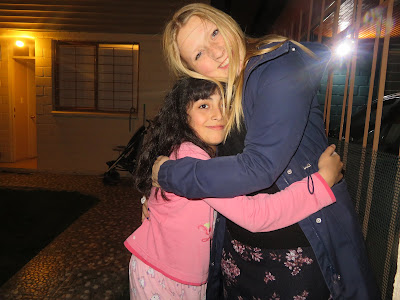 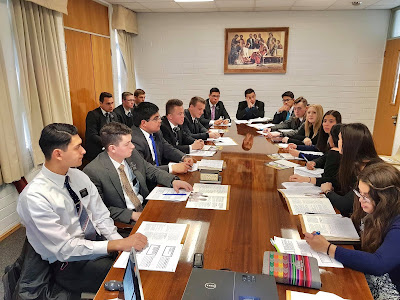 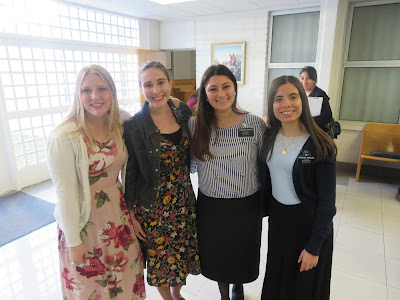