Being in the CCM is like drinking water out of a fire hydrant! There is so much to drink that it just ends up hurting your face! hahahahah!! I am going to be trilingual by the end of my mission, because I am learning Spanish annnnndd... AUSTRALIAN! Let me tell you story and then I’ll translate! The other day, everything was all g-- I was looking at my palm cards when all of a sudden heaps of sausage dogs started chasing me down the street so I had to really leg it. I was so smashed I wanted to chuck a wobbly! And my stockings got all stuffed up. Then a total dag made fun of my running writing but I didn’t want to be a dibber dobber so I got over it. TRANSLATION the other day everything was fine, I was looking at some flash cards when all of a sudden lots of wiener dogs started chasing me so I had to book it. I was so exhausted, I wanted to throw a tantrum. My socks got all screwed up and then a loser made fun of my cursive and I didn’t want to be a tattletale so I dealt with it. Last p-day we walked around Santiago! So amazing, and the queso empanada changed my life!! We went to Lider (Wal-Mart), which is pretty grubby, but it had what we needed, ha-ha. Okay also CHILEAN BREAD is literally the best thing I’ve ever experienced in my life. I eat so much bread, I’m gonna weigh 1000 pounds!! We also have an unlimited and always accessible supply of ice cream so that’s no bueno. And ice cream down here is somehow even better than it is in the states, it’s like fluffier?? Getting to go to the temple each week at the CCM is such a blessing, It really keeps us going. My Spanish has gotten so good I can’t even explain! I get compliments from the Latinos all the time, which is much appreciated!! Like I said last week, my district is all girls and they really are the best girls in the whole wide world. Hermana Jimenez, one of my teachers said that I sound like a Latina! She may have just been trying to make me feel good but it still made my week. We also got a new investigator, Pricila, who we love! Her progress is really incredible! The other morning we were sitting waiting for class to start when a teacher came in and said, "Why aren’t you in la capilla??" so we legged it (heehee) over to the chapel to see that a General Authority, Elder Bragg, was there to see us. I got asked to play the piano for the meeting so that was stressful, and so he came and talked to me for a bit. Then after we started he told us he wanted to shake everybody’s hands, so he did! He gave a great lesson, and he talked about getting to watch the general authorities assign mission calls! On Sundays, we each have to have a five-minute talk prepared about a specific topic in Spanish, and then once the meeting starts, Presidente calls a few people to come and give their talk! I haven’t gotten called on yet but it’s only a matter of time! This last Sunday we also had a devotional where nobody bothered to translate to English for us so my district was super lost! Me and Hermana Sandal had to try our best to translate and it was super hard. I thought we did pretty well for some gringas, ha-ha. Slip up of the week was surgery and suggestion, and cantidad and castidad (quantity/chastity). Someone was supposed to teach la ley de castidad and instead she taught la ley de cantidad. I cried. I’m pretty sure a girl in my room has bed bugs? Like I’m not positive because her Spanish is SO FAST but she definitely said bugs, is covered in bites, and was beating out her bedding... oh boy! Okay yawl, read Mosiah 14:3-5 because its true! I can feel it in my own life every single day!
Love, Hermana Stanley 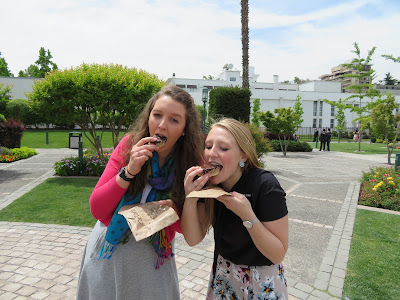 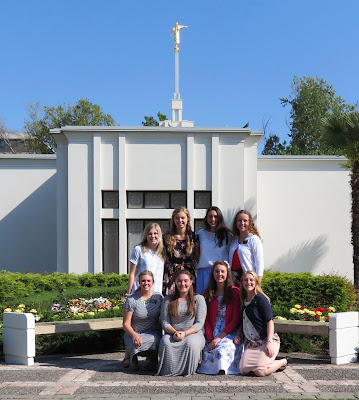