HI EVERYBODY! We had such a good week this week!!! I’ll start from the beginning. On Tuesday, we went and had interviews with President. Mine was really good. Together we thought up the idea to attempt a family history class for the public to find new people! We also talked about the role of women in this gospel. He told me I’m always a happy missionary and its true! I love being happy! On Tuesday night, I taught my singing class! So somehow, out of the four elders that serve here in Padre Hurtado with us, two of them decided to come, I don’t know why. So the other two got all offended that I didn’t invite them and also decided to come! So that was fun, and by fun I mean a disaster.... they could not keep it together, ha-ha. I was trying to take it seriously there and they’re over there just laughing their heads off!  It was fun but it was a disaster. On Tuesday night, I figured out that our cell phone stopped making calls, and every night we have to call our DL to let him know that we got home safe. So I thought that when we didn’t call, he would call us but he never called. I was like "okay, Hna Vilches, if someone kills us at night, they’ll never know." But at about 8:30 the next morning, they turned up at our door. Just to mess with them I went out and said "what do you want?" they said "oh, just to know you’re alive!!” I said “why didn’t you just call?" they’re like, "we called like 1000 times, we thought somebody killed the hnas!" It was so sweet, they were so worried for us!! So on Tuesday night I had made homemade brownies to take to the district meeting. The two elders in our district ate more than half the pan in like 20 minutes, and then the other two elders asked if they could have the rest. I don’t even cook that well, they were just dying for something gringo. On Wednesday we had to go the mission office in Maipú to fix our phone. On the way home, I got off when they had already passed our stop, and my comp and I found ourselves lost in the middle of the other sector, which is really big by the way. But we walked and walked and walked and we found our way home. I’m not really sure why Pres put me in charge of taking care of another missionary, ha-ha. On Saturday, we decided to fast. We were really struggling to find people that week. As we fasted, we found 7 new investigators in a day! And we also were able to identify a big spiritual need of our progressing investigator. It was such a miralce! On Sunday we went to stake conference and it was really good. One guy spoke about the family, and how important the role of parents is! I really liked it a lot!! On Sunday we also had a lesson with just the best investigator we have. She’s Haitian, her name is Kattia. She’s pregnant and for some reason she hasn’t wanted to commit to going to church. We have not been able to figure out why, because the Haitians sometimes don’t want to go because they don’t have nice enough clothes, or they say they are sinners and they need to fix their life first. They are VERY respectful of God’s house. So this Sunday, after we invited her to pray about it, we said to her "Kattie, what’s stopping you from going to church?" and she said "nothing! I’m going to go next Sunday with you guys!" We were SO HAPPY!!!!!!! We read Mosiah 18 with her!! And today was definitely a highlight of the week also. We decided to go on a picnic, and the elders invited themselves, ha-ha. So the six of us got on a bus to a spot with lots of open fields, beautiful. But then we passed it, and we ended up having picnic on the side of the road. But still fun, I made apple crisp, it turned out really good!!

This next Tuesday is Chilean independence day! It’s gonna be so fun!! I don’t know when our pday will be, but we’ll find out!!
Love you lots!
Hna Stanley 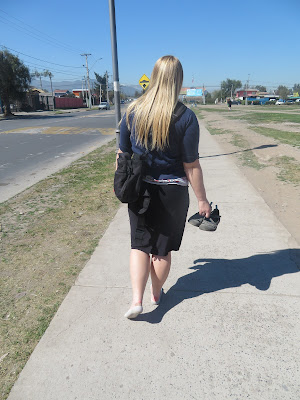 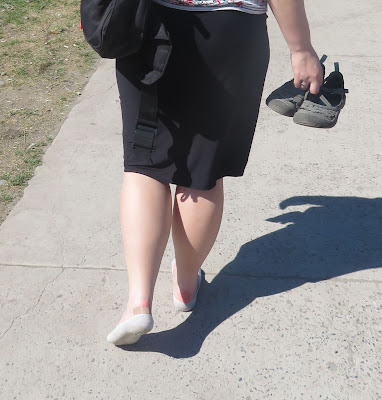 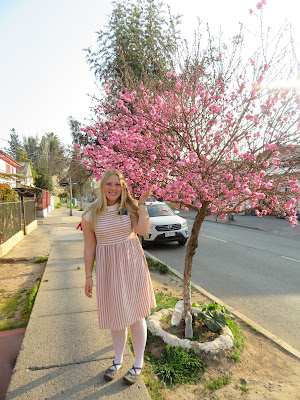 Beautiful Chile!
Hermanas on a picnic 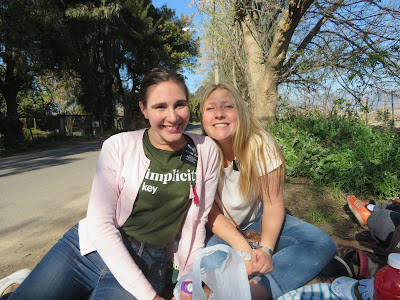