Holiwis!
Well, my first week with a new companion, and my first week directing the sector! It was a lot! But I feel like we did pretty good! My comp is SO FUN. She is from San Diego, California, she goes home in August, and she has really good Spanish. People never believe that she’s only been in the misión 11 months, or that I’ve only been 4 either! However, maybe the bigger downside to having a gringa is the catcalls. Before, me and Hna D would be walking down the street and people might cat call us a little bit here and there, but now literally EVERYWHERE we go, ALL THE TIME, people say stupid things. I’m honestly just laughing about it, but Hna Schenk is like ticked off ha-ha. This is only her third area, and before this she has been in the campo (country), and la costa (the coast). This is her first city sector, and it’s totally different. It’s just faster, but I think she likes it! Together, we are trying to really strengthen the ward, and help the members to do more of the visiting of recent converts and less active members. You guys, I have had to kind of repent this week because I’m realizing more and more that missionary work, IS NOT JUST FOR THE MISSIONARIES. Missionaries are called and set apart to find and teach, and that we do. But the fact of the matter is that you guys all have 100 non-member friends at your fingertips, and they can work so much better with the names that you guys have! And so I have a challenge for you all this week! I challenge each family to do SOMETHING to help in the missionary work this week! Give a reference to the missionaries, go with them to an appointment, invite some non-member friends to a family home evening and invite the missionaries! You guys really can help determine the success of these missionaries, and of the missionary work in your area. I promise you there is no better feeling than when your nonmember friend turns up at church on Sunday! And so, I expect an email from each and every one of you, giving me an update on what you did this week! Don’t let me down fam :)

Well, in the first few minutes of our companionship, a bird pooped on me and Hna Schenk. We have had so many crazy and weird experiences already! The other day, Schenk got stuck in the bathroom stall because the door wouldn’t open and there wasn’t another way to get out, and the worst part was that we were alone, so I couldn’t do a thing about it because I couldn’t leave, ha-ha! We literally just sat there and laughed until somebody came! Also, we were walking to an investigator’s house the other day, and this lady stopped us on the street. She asked if we wanted an apple so we said of course! So she gave us each two, and we said "thank you so much, we love apples!" and she started giving us more and more. So by the end of it, we each had ten gigantic apples in our arms and nowhere to put them :) We like staggered to our investigator’s house trying not to drop anything, and then mercifully he gave us a bag! The things that happen to two gringas living in Chile :) Also, the other day we were in the office doing something and one of the senior couples that live here invited us to lunch so we went today! Super fun!

We are really making a difference down here you guys! I can see people’s lives changing and I love it! And the thing is that you don’t have to have a plaque to get to see it. Every one of you can be involved in this great work, and it’s an honor and a privilege to you have, so don’t waste it!

Love you all,
Hermana Stanley 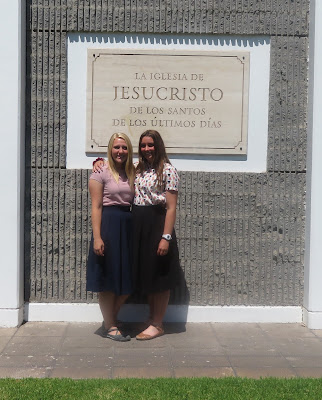 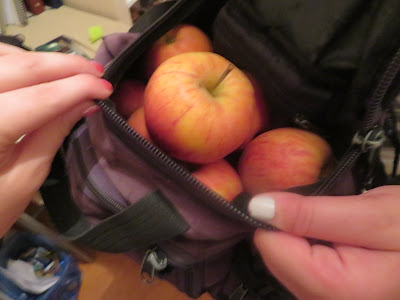 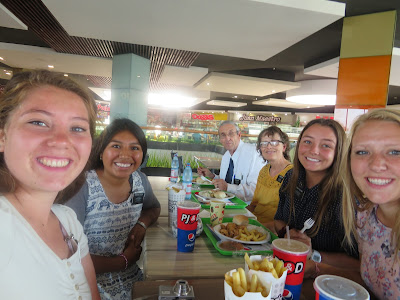